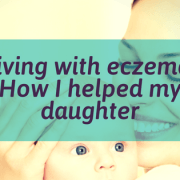 Eczema: How I helped my daughter

Eczema is a very common skin condition due to skin inflammation. It may start at any age but the onset is often in childhood.  According to the Irish Skincare Foundation, eczema affects one in five children in Ireland and about one in 12 adults. Some 65% of children grow out of it by age 7, 75% by age 16. But for a quarter of patients, it continues to adulthood.

The term ‘atopic’ is used to describe a group of conditions, which include asthma, eczema, hay-fever and food allergy. These conditions are all linked by an increased activity of the allergy side of the body’s immune system.

It can affect any part of the skin, including the face, but the areas that are most commonly affected are the creases in the joints at the elbows and knees, as well as the wrists and neck.

What people don’t realise, for example, is that for 60% of sufferers, itchy, sore skin causes sleep deprivation, leading to poor concentration and poor school or work performance. Often it causes bad mood in children and teenagers with eczema. They can become depressed and have low self esteem. Parents of children with moderate/severe eczema must establish a strict routine of daily baths, applying moisturiser at least three times a day and apply steroids. It’s very tough and parents and eczema suffers. Parents can feel tired, frustrated and hopeless. However there is hope ….

I came across Kinesiology by chance. I have a young daughter who suffered very badly from eczema from the time she was born. It was so bad she barely slept at night as the itch was so bad. There were deep gouges in her wrists and ankles where she has scratched so much and they would

She was prevented in nursery from playing the water, sand and paint isolating her from the other kids. The creams prescribed by the doctors were generally not strong enough to make a difference. When we were prescribed something that worked as soon as she had finished the course it came back again within hours.

The day my daughter’s life changed – One day we were at swim lessons and another mother asked me about her skin and suggested I see a Kinesiologist… A what?  I had no idea what this entailed but at this stage I was desperate and eager to try anything at this point. 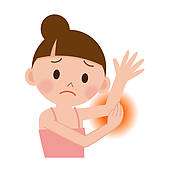 After her consultation we found out that ‘whey protein’ was causing a problem, along with other foods.  Two weeks after removing these things from her diet most of her skin cleared up and she was starting to sleep through the night. It was a few months later and some probiotcs that helped heal up the worse affected areas… I WAS HOOKED.  I couldn’t believe the difference.

Then I started to research on the internet about Kinesiology and I came across KinesiologyZone.  I read so much and watched lots of videos and found it could help with so many other things.

So I decided I wanted to take it further and I have not being disappointed.

I booked my place on “Balanced Health” the course being run in Donegal and couldn’t wait to get started. When I attended my first weekend I felt as if I had come home. The instructors were amazing as were my fellow students. As the weekend progressed I was absolutely amazed at the human body and what it can do. I went home to practise, I know I am only at the beginning of my learning but I 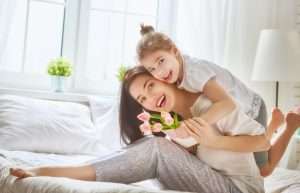 have being able to help so many people already. I have being searching for a way to help others for a while now but before this I hadn’t found anything I was comfortable with.

Helping family through stressful house moves and job changes. One family member who always had trouble sleeping, now sleeps soundly every night through my help! I can now help people with digestive problems and stress issues.

I have found it a privilege to be able to help people in this way and I look forward to being able to do it more. One of the main reason that i decided to do this course was to help others the same way my daughter has being helped. I have being able to do this.

I have also felt the benefit of better health in my own life.

During our food testing segment in our first weekend i found that milk did not agree with me. At first i wasn’t going to do anything about the information as I love milk!  But in the end decided to leave milk out of my diet for a couple of days and see what happened.  And I was shocked. I had being suffering stomach problems for years and didn’t think much of it as I thought it was something I would just live with. However once I eliminated the milk, I no longer had the pain. I have also being pleasantly surprised by the fact that I have being feeling better as I treat other people. That was not something I was expecting”.

In Systematic Kinesiology, we have found in many cases that why people have allergies is not addressed. Nothing whatsoever has being done to deal with the causes of their problems. The questions of why they have allergies in the firs places are often not asked. We must remember each person has different nutritional needs and sensitivities. Everyone is different. One man’s meat is (frequently) another man’s or woman’s poison. What suits one person, certainly may not be all the suitable for another.

Thanks to Vashti for sharing her story. If you want to make a difference in your family’s health and life and those around you, sign up and hear more about the benefits of Kinesiology.  Be the first to hear about upcoming free talks, taster events and training courses. 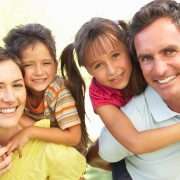 Did you know Kinesiology can help your asthma?

Asthma affects around 235 million people on the planet? Today is World Asthma Day, so we wanted to tell you about other natural holistic options out there for people suffering. 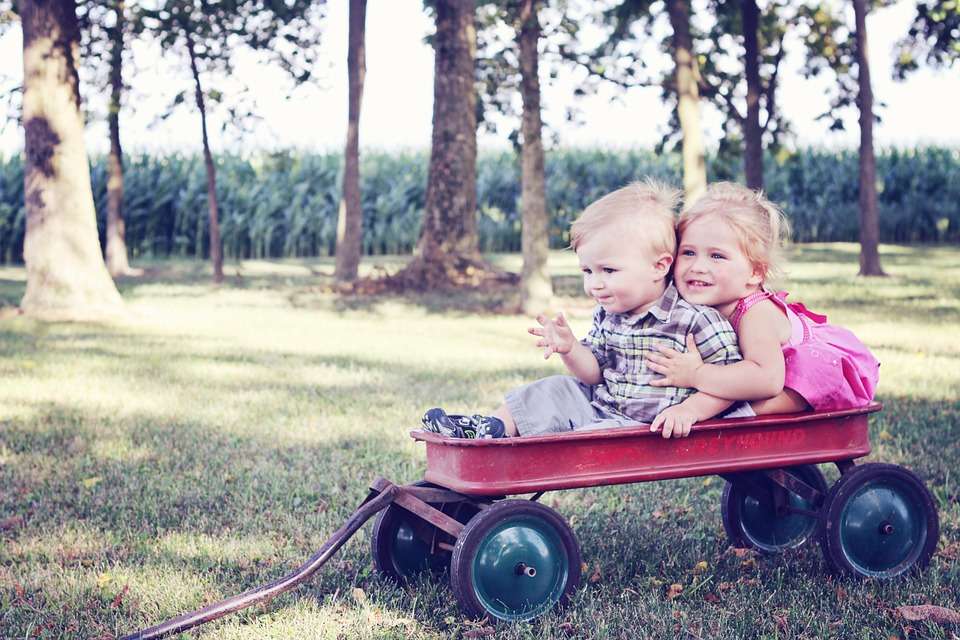 Let’s start with some facts about asthma

Ireland has the fourth highest prevalence of asthma in the world

How can Systematic Kinesiology help with asthma?

Diet, anxiety and stress can significantly influence asthma.  Systematic Kinesiology can help you to figure out the stress that’s a contributory factor to asthma. Unlike the conventional medicines your doctor may prescribe for you, there is less information available on complementary therapies including how well they work and how safe they are.

The good news is there are Systematic Kinesiologists all around the country who can assist you to better health, which may help to prevent or reduce future attacks from happening. Stress is a trigger for asthma and Kinesiology offers techniques that can reduce and resolve stress in your life.  Kinesiology works particularly well with people struggling emotionally.

As with all health issues, a healthy diet is an important consideration. It is difficult to reverse chronic asthma if diet is not at least considered as a contributory factor, so that it can be addressed and corrected. Your food choices are critical when you have asthma. Specific foods that may be causing mucous, or other sensitivities, can be identified and eliminated; chemical additives, such as preservatives, food colouring and artificial sweeteners, may also need to be removed from the diet.  Removing dairy from the diet can also have a positive impact.  Gut issues can also play a role, and since 80% of the immune system can be found in the gut, it’s role in helping resolve chronic health issues and fighting infections is key. 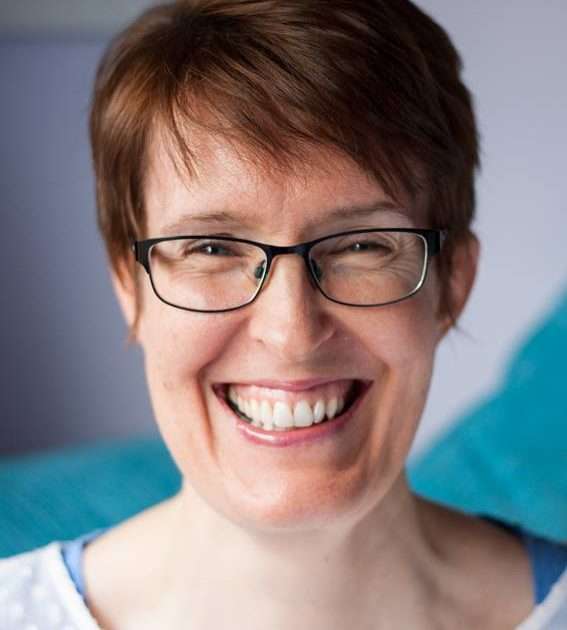 “When a family member turned 2 she developed a cough which never seemed to get better for very long and which normally progressed into a chest infection. I didn’t realise that this cough was actually asthma. After 4 years of coughing, sleepless nights for weeks on end, inhalers, steroids, antibiotics, calpol and many trips up to Temple Street Hospital we found out that structurally the tube that goes into her left lung is actually smaller than the one that goes into her right lung. So any infection or bacteria or virus that entered her lungs it was nearly impossible to clear it and to keep it clear. Structurally this will improve as she grows however I felt there had to be more I could do to help.

I took her to a Systematic Kinesiologist….who did muscle testing and recommended removing dairy from her diet and taking vitamins that she specifically needed to help improve her immune system and gut health.  I did what I was advised to do and within a month she had more energy, was sleeping better, less use of inhalers, no steroids and no antibiotics needed.  The only thing that affects her asthma now is if she eats something that doesn’t suit her and  the weather particularly going from a warm to a damp environment which triggers inflammation which triggers the coughing.  Managing her diet had a massive impact on her health and also on her stress levels. Kinesiology really turned a very stressful health issue into one that is very manageable and stress free most of the time.”

If you suspect that you or a family member have food sensetivities, that may be playing a role in their Asthma, it’s worth paying a visit to a practitioner.  The Association’s list of practitioners can be found here

Systematic Kinesiology’s whole person approach can identify what areas of your life are important to focus on.  Muscle testing is a unique way to find out what specifically is affecting you, both in terms of emotional stresses, food sensetivities and other imbalances. If you are considering excluding certain food groups from your diet, it should only be done for a short period under close supervision. However, it is possible to have a balanced diet without dairy products. 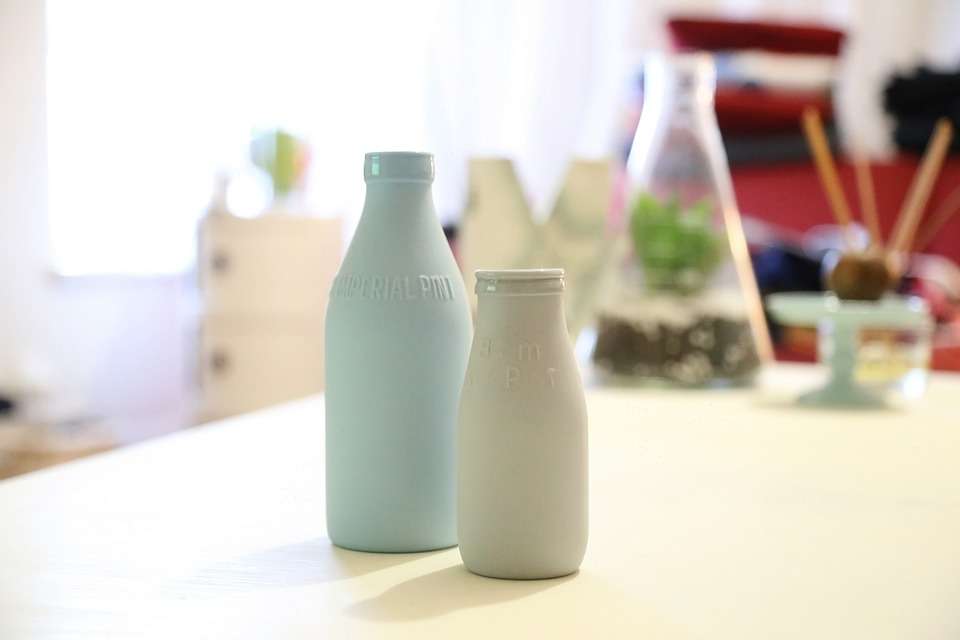 Keeping a food diary before visiting a Systematic Kinesiologist can be useful so that you have a list of foods that you regularly consume every day or several days of the week can be tested. Each person is unique, and therefore it’s best to test you specifically, than go by a general guideline.

The Kinesiology solution is simple.  With Kinesiology treatments our practitioners work to uncover what your body is finding difficult.  You don’t need to guess. Kinesiology works with your body and can help make a real difference to your health.