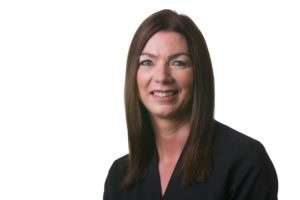 I initially trained as a beauty therapist in the 90s, and had also done massage and reflexology but was still keen to keep training. Because of that I was at a skin care training and a woman there literally said to me “you need to do Kinesiology – it’s a little bit of everything”. Having not heard of it before I went looking and it intrigued me! And that’s how I found myself on the KinesiologyZone course called “Balanced Health” in Dublin. Not knowing anything about it really I arrived in class a bit nervous, but very quickly the Course Leader inspired me.

There was one occasion in class I was in a lot of pain, and had a treatment from the Course Leader, and the effect was transformational. I was immediately out of pain. I found that all fascinating and wanted to learn more.

What I also loved about the course was that it taught me to resolve things myself.  Not only was I free of some small digestive and structural issues, over time my mood improved too.

I was excited to see what results I could get using Systematic Kinesiology with existing beauty clients straight away.  I started to see how many useful tools there were right from the very beginning. I think it’s great to give people a bit of extra attention – I helped reduce their stress, worked with energy points, I couldn’t help it!

I remember working with one client who was exhausted but had an important day ahead. So I balanced her chakras and she rang me later on to thank me because whatever I’d done had got her through the day! We should never underestimate the basics, or the power of one technique.

One woman came to me with digestive issues, she’d just discovered with a colonoscopy and her only route suggested was a future surgery. But she wanted to see what she could do in the meantime. She came to see me, and we did some food testing, found specific nutrients to repair the gut and some probiotics, and by her 2nd session with me, nothing was showing on my Kinesiology tests. She reported that she was also feeling so much better, sleeping well, clearer head, her bowel issues seemed all gone, and she felt normal.

He was attending Temple Street as he had no control over his bowel. After one session where I tested food sensitivities, balancing techniques and within two weeks was off all medications as he was controlling his bowel and the mother was delighted as he was now fully toilet trained.

Another client, a man who suffered from gout, as well as sinus trouble, only breathing through one nostril, snored, tired all the time, and taking ant acids since a teenager because of reflux. He only came in for the one session, but more recently his wife came for a session, and said THANK YOU THANK YOU THANK YOU. Her husband was not only lost weight, his gout had gone, sinus issues had gone, snoring had gone, and life is wonderful!

I feel people are more open to exploring lifestyle advice, but there’s still sometimes a fear of attempting something that the doctor doesn’t recommend. They are amazed when the results come, and there’s a gap still.

One client who had had asthma for years, on steroids and inhalers, suffered migraines and doctors had broken her nose to help her breathe better, which it didn’t. She came for two sessions, and in the third month, her migraines had gone, and her constipation had gone too.

And perhaps my fondest result was for a woman age 60

She appeared only about 5 stone and she was having a migraine walking in. She had to take many days off work, as she’d been attending twice a month with a specialist since 1990. Her prescribed medications worked a little bit but that was it. She came for one session, and the migraine was gone by the end of the session. I saw her recently and has had not one migraine in six months!

At the beginning, I didn’t realise how powerful Systematic Kinesiology is. Anyone who is enthusiastic and has interest in helping others, will love Balanced Health.