Although you probably understand that poor dental care can lead to cavities, did you know that other, more serious health problems can also result from poor oral care? The truth is that if you don’t take proper care of your teeth, you could face far more serious consequences than a simple toothache or some unsightly stains. 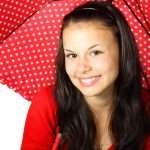 We are sharing with you her top tips for combating gum disease and gingivitis.

These home remedies are easy to use methods of maintaining pristine oral hygiene and avoiding the build up of plaque and bacteria at the gum line.

– Bleeding of the gums when you brush your teeth.

– Receding gum line caused by an exaggerated immune response to the build up of bacteria and plaque at the base of the tooth. This also causes the teeth to appear elongated or lengthened. 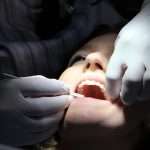 – Swollen red/puffy gums that can appear ulcerated and that feel inflamed and tight when touched with the persons own tongue. (Sensory nerves in the tongue muscle are so highly tuned with very accurate mapping capabilities and when you trace your tongue all around the inside of your mouth and gum line you send a magnified printout of the landscape to your brain. )That is why the slightest overhang on a filling may feel very obtrusive and extremely uncomfortable to touch with your tongue.

– Your tongue is also a detective! Ever had the dentist put his finger in your mouth?? Do you tell your tongue … don’t you dare go touch that finger I’ll be mortified!! And it goes straight to the finger and feels it up, much to your horror!

– The tongue is an amazing feat of bio engineering!
And it is the first contact between brain and mouth. What we ingest gets investigated by the tongue with its millions of different taste sensors being able to detect and discern even the most diluted flavours:

Sweet – What we perceive as sweetness is usually caused by sugar and its derivatives such as fructose or lactose. But other types of substances can also activate the sensory cells that respond to sweetness. These include, for example, some protein building blocks like amino acids, and also alcohols in fruit juices or alcoholic drinks.

Sour – It is mostly acidic solutions like lemon juice or organic acids that taste sour. This sensation is caused by hydrogen ions, chemical symbol: H+, split off by an acid dissolved in a watery solution.

Salty – Food containing table salt is mainly what we taste as salty. The chemical basis of this taste is salt crystal, which consists of sodium and chloride. Mineral salts like the salts of potassium or magnesium can also cause a sensation of saltiness.

Bitter – Bitter taste is brought about by many fundamentally different substances. In total there are about 35 different proteins in the sensory cells that respond to bitter substances. From an evolutionary standpoint, this can be explained by the many different bitter species of plants, some of which were poisonous. Recognizing which ones were indeed poisonous was a matter of survival.

Savory – The “umami” taste, which is somewhat similar to the taste of a meat broth, is usually caused by glutamic acid or aspartic acid. These two amino acids are part of many different proteins found in food, and also in some plants. Ripe tomatoes, meat and cheese all contain a lot of glutamic acid. Asparagus, for example, contains aspartic acid. Chinese cuisine uses glutamate, the glutamic acid salt, as flavor enhancers. This is done to make the savory taste of foods more intense.

REGULAR VISITS TO THE DENTIST ARE ESSENTIAL FOR CATCHING THIS CONDITION IN ITS EARLY STAGES, prevention is always better than cure.

These methods of preventing gum disease and reducing the risk of tooth loss are tried and tested and in cases can reverse gingivitis.

1. Oil Pulling works on swollen, red gums and even reversing gum disease. Oil pulling pulls toxins out of your mouth and gums. I won’t lie, it can be a very unpleasant sensation the first few tries! Using 100% organic oil is recommended as the purpose of oil pulling is to remove all toxic bacterial build up from the mouth, teeth and gums. Firstly you have to swish and pump the oil around inside your mouth with lips sealed. The longer you can circulate the oil before spitting the toxic oil in the bin 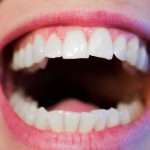 . Do not spit out in sink as this is so full of bacteria that it could cross contaminate with anything it touches. Daily oil pulling for up to 5-10 minutes is very effective.

2. Sage Leaf infusion– A remedy for gingivitis and gum disease that has been around since the middle ages. All you need to do is boil around 50 fresh organic sage leaves in some filtered water and then gargle the infusion several times a day as well as use it like a mouthwash. Be sure to spit not swallow.You can also make a sage tea and drink it throughout the day. Sage has huge amounts of antioxidants and it also contains it anti-inflammatory, antioxidant, and antimicrobial properties.

3. Garlic and Turmeric have fabtastic anti-inflammatory and anti bacterial qualities and if you make a garlic & turmeric paste to use like toothpaste, then rinse after it has been in your mouth for several minutes. You can literally feel the tingly squeaky clean surface of your teeth after this brushing. Incidentally it is recommended to store your toothbrush far away from toilet as particles splash when the toilet is flushed. Also get a new toothbrush when you notice it starts to fray.

4. Avoid fizzy sugary drinks as they break down tooth enamel and leave your teeth defenceless against oral bacteria. Drinking water keeps your mouth nice and clean and irrigated and aids all bodily functions and memory!

5. Mustard Oil – This combats bad dental hygiene. It destroys bacteria in the mouth and heals the gums very fast. It also has pain-reducing qualities along with being anti-microbial and anti-bacterial.

6. Aloe Vera straight from the plant because aloe vera is a great anti-inflammatory that is especially helpful if your gums are red and inflamed. Rub this into the gumline.

Thanks for taking the time to read this! 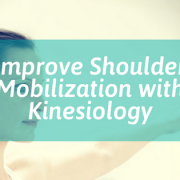 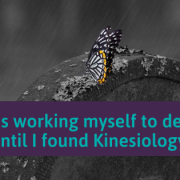 Working yourself to death?